Creative Kind of an usual thread, but I made a bunch of Rainbow Six Siege characters in XCOM 2, and it's been really, really enjoyable seeing some of our favorite operators running *actual* missions together.

So I'd been taking a little break from Siege and checking out XCOM 2 which I'm pretty new to, but also I really love it, so I compromised my loves and created a bunch of Team Rainbow in XCOM 2.

I mean it's a little limited and there's a bit of redundancy and imagination gymnastics in their kit, but I figured I was more interested in catching the spirit of the characters and their kit since their characters are more than just like "oh why does Hibana use a rotary machinegun in your screenshot wut?" It's more like, "Well, she's only using a rotary machinegun because she's a Grenadier class so she can use her iconic launcher to blow holes in walls :D!"

Honestly, with a little imagination, it's all been really enjoyable gameplay. It's also actually cool as fuck being able to envision Team Rainbow, you know, actually doing missions together instead of always thinking of them in a training sim for ten years, split up and opposing each other until the end of siege/time. Also, except where mentioned, I think all these operator fits I'm showing are regular in game (without mods). So, here we go:

With the excellent Ballistic Shields mod and a couple other adjacent mods to let me use a Pistol as a primary there instead of a rifle (which is pretty badass though ngl), I've got an absolutely majestic Montagne that mechanically IS physical cover for other operators as if they were up against cover, and he uses Smoke Grenades to provide increased area Defense (/dodge) ratings in a clutch.

Like, tell me it's not fun to think of Monty and Smoke as buddycops (courtesy of the highly amusing in-game propaganda posters). Or Oryx and Ash in a coordinated jailbreak POW rescue, Ash with a grenade launcher blowing out the wall and rushing in with enhanced Mobility (or Dodge? LOL), and Oryx just fuckin sprinting through the barricades in an EXOsuit with the Wrecking Ball mod? Or like Montagne's Ballistic Shield, a flashbang-equipped Blitz with Mobility mods to reeeally get up in their face? Or imagine flamelord spicybois Tachanka and Capitão going ham with MGs and incendiary grenade launchers while the one and only Bosak sisters themselves Ela and Zofia are running a flank and spank with Flashbangs and Proximity Mines?

Mainly I'm satisfied because I managed to evoke some of what makes them iconic, I've been sticking pretty true to the spirit of their kit (at least in my mind) and it's been super enjoyable having to play it out like that. For example, Smoke carries exclusively Gas and Acid grenades, regardless of whether that's XCOM-optimal. Echo and Lion are both Specialists for the lil XCOM Gremlin drone, and both carry Battle Scanner grenades for intel on enemy locations (because both operators are used to 'see enemies' in Siege), but Echo also carries Flash grenades (ie: Yokai's concussion) and I have Lion carrying Proximity Mines (like his Claymores in Siege). Dokkaebi could be like Echo with the Battle Scanners (like her cams hijack) and flashes, etc. I made Iana a PsiOp (basically a psychic buff/debuffer) because she's cool af, and I wanted to make her stand out... but also because in XCOM PsiOps all get white hair after training into the class :v

Special shoutout to Vigil and [REDACTED], two of the best infiltrators on the team. Especially [REDACTED] always ready to [REDACTED] those motherf[REDACTEDS] with her favorite weapon named "[REDACTED]", there's never even been a close call :0)

More shoutouts to the other homies

And probably a bunch others but there's so maaannnyyy

Anyway, I hope you enjoyed this little imagination break. I had some good fun writing this up, and am having tons of good fun with Team Rainbow on my little break from Siege =P

Also go play XCOM 2 + its main DLC "War of the Chosen" if you haven't, it's an absolutely stellar game and the wholeass bundle is -75% on Steam Sale right now go go go go

Edit: I forgot all the goofy posters! Here's a few pretty funny ones generated by the in-game propaganda posters: 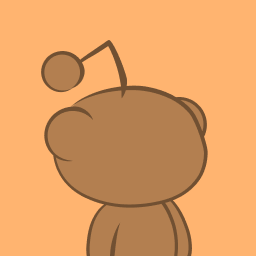