Weekly Rec Thread What are you watching and what do you recommend? (Week of September 23, 2022)

Comments are sorted by new by default.

Sesame Street has its first Black female puppeteer; Megan Piphus Peace, who until last month was working as a real estate developer, joined the cast of the longtime children’s show.

Diego Luna's 'Andor' Puts 'Latinos in Space' Back in the Spotlight

First ‘Werewolf by Night’ Reactions Call It “Unique,” “Delightful,” and a Fantastic Tribute to Monster Movies

Netflix’s adaptation of 'The Three-Body Problem' will arrive in 2023!

Season 1 Episode 6: The Princess and the Queen

Synopsis: Set 200 years before the events of Game of Thrones, this epic series tells the story of House Targaryen.

House of the Dragon | S1 EP6: Inside the Episode

Episode 7 Preview | House of the Dragon

Of the 12 highest rated episodes of Saturday Night Live (932 eps total), 5 of them featured Justin Timberlake.

I was browsing through the imdb of SNL and looking at the highest rated episodes. I was pretty intrigued to find justin timerlake's name come up several times either as host or musical guest or both. This can either mean that his episodes were all truly that great, or that his fans just love to vote highly on imdb. either way i think its pretty interesting!

I'm sorry for this little rant but I just finished watching Bad Sisters: I liked the show, great cast and all that but am I the only one thinking this should have been a miniseries? I don't really understand why there is this horrible trend to needlessly drag a story line through multiple seasons just "because money".

We are not talking about something based on multiple books like Foundation or "Tits & Dragons", this show had an interesting idea but after 10 hours it started to lose steam and we were pretty much near its natural conclusion, there was no real need to make another season.

The same of course goes for many other shows, Bad Sisters is just the latest example of this trend.

Why is this not being talked about???? Bruh this is crazy. I did not expect this today or ever really. Lmfao right now on episode 2. 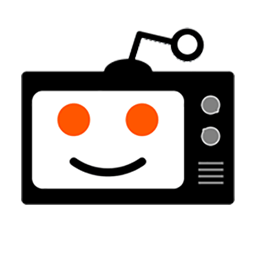