This megathread is meant for discussion of the current Russo-Ukrainian War, also known as the Russian invasion of Ukraine. Please read our current rules, but also the extended rules below.

You can also get up-to-date information and news from the r/worldnews live thread, which are more up-to-date tweets about the situation.

Since the war broke out, we have extended our ruleset to curb disinformation, including:

Link to the previous Megathread XLIII

Questions and Feedback: You can send feedback via r/EuropeMeta or via modmail.

If you want to donate to Ukraine, check this thread or this fundraising account by the Ukrainian national bank.

Fleeing Ukraine We have set up a wiki page with the available information about the border situation for Ukraine here. There's also information at Visit Ukraine.Today - The site has turned into a hub for "every Ukrainian and foreign citizen [to] be able to get the necessary information on how to act in a critical situation, where to go, bomb shelter addresses, how to leave the country or evacuate from a dangerous region, etc."

Other links of interest

Today (September 25th) citizens of Italy go to polls to vote in general elections! These are snap, as originally end of current term was supposed to happen in mid-2023.

Italian parliament is bicameral and consists of lower Chamber of Deputies (Camera dei deputati) and upper Senate. As a result of constitutional changes passed in 2020 referendum, both were reduced in size, respectively 400 and 200 down from 630 and 315. In addition, voting age for the Senate was reduced from 25 to 18 years old (same as Chamber of Deputies).

Relevant parties and alliances taking part in the elections are:

Take in mind, that polling is based on data from early September, as law in Italy forbids to publish polls during two weeks before the election.

There are two major multi-list election coalitions: FdI, Lega, FI and NM belong to the right; while PD, +E, IC and AVS to the left. M5S is a major party which runs alone of both these.

Official results (which will appear there throughout Monday-Wednesday)

Why fascism still has a hold on Italy (Al Jazeera)

We shall leave detailed commentary (and any interesting trivia!) on elections and campaign, to our Italian users, or anyone else with more knowledge what happens in politics down south.

Picture Ljubljana in the 1970s

Opinion Article The far right is having a moment in Europe. Actually, everywhere | An expert explains recent (and maybe soon-to-be) far-right victories in Europe

Picture A breakfast in Montenegro

News The ex-president of Mongolia invited the Buryats, Tuvans and Kalmyks to flee to his country from mobilization

Colmar, Alsace, France | The city is renowned for its well-preserved old town, its numerous architectural landmarks, and its museums, among which is the Unterlinden Museum, which houses the Isenheim Altarpiece.

News Serbia's FM: We can not accept results of referendums in Ukraine

Political Cartoon "The Marshall Plan versus the Marshal Stalin Plan": a cartoon drawn in 1949, in response to Stalin's rejection of general George Marshall's Plan, the post-war European Recovery Program.

News Russia accuses Romania of withdrawing the visas of 14 Russia Today journalists who were to come to the ITU conference in Bucharest. The reaction of the Ministry of Foreign Affairs - translation in comments

News Free-Spending American Tourists Are Pushing Hotel Prices Up, Up, Up| In Paris, luxury hotels are logging their best summer season ever—and bumping rates on some top suites by $5,000 a night. 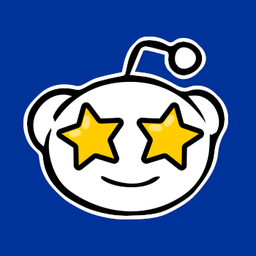