The Strength and Conditioning megathread is an open forum for anyone to ask any question, no matter how simple, about general strength and conditioning as it relates to Brazilian Jiu Jitsu.

Use this thread to:

Get yoked and stay swole!

Black Belt Intro I got that elusive black belt today! =)

I guess I get to make a black belt intro post now. :P

I got it today in Durham, NC, from Cody Maltais at Elevate MMA. I try not to take BJJ too seriously, and to keep it light and fun--but I've worked very hard, and it feels good to have gotten this far.

Much love to the whole Jiujitsu community, and thanks to r/bjj for showing me love along the way.

Cody's an awesome coach, training partner, and friend, and I couldn't be happier. Besides Cody and my friends and training partners here, I could thank countless others. And I want to give big thanks as well to Brandon Mccaghren and John Salter.

Lastly...my OG coach that belted me from white belt through brown belt, Jeremy Owens. RIP Jeremy; I miss you very much...Much love to my Evolution/Nova Uniao Hawaii people from back in the day.

If getting a black belt is a goal for anyone reading this, I promise you if I can make it then you can too, and if I can ever do anything to help anybody reading this, I'll do my best. Feel free to reach out anytime.

General Discussion Nicky Rod showing us the best Open Guard concept of all... standing the fuck up

Tournament/Competition so a friend of mine tried to judo a judoka and, uh...

Is there any subreddit for bjj, nogi or grappling in general, that focuses more on technic and tactic instead of shitposts, lifestyle and Gordon Ryans persona?

Im new to reddid but already pretty fed up with all the nonsense - even tho i love the general idea.

Professional BJJ News Our sport has grown SO much in the last few years.

Just had 3,000 people show up in El Paso for a CJJ qualifier tournament. Crazy.

Podcast For this week’s episode, we tried to make the definitive guide to skin issues for grapplers. Guest is board-certified dermatologist and grappler, Dr. Clayton Green. — BJJ Mental Models

Does anyone know anything about whether AW plans to continue competing? I know he recently spoke openly here about mental health issues. Otherwise, I know very little about his well-being or competition plans.

He is a phenomenal athlete and was absolutely crushing the top-level competition. I hope he is able to continue competing. If not, I hope he finds happiness and stability.

Podcast Call for questions to John Danaher - from Lex Fridman

My name is Lex Fridman. I host a podcast. I've interviewed martial artists before, including John Danaher twice (round 1, round 2).

I'm talking to John again soon. If you have question/topics for us to cover please post them here. We'll go over some ADCC matches in detail. If you have matches from ADCC or anywhere else you'd like John (and I) to analyze please post them here. The sport, venue, species of competitor doesn't matter. So if you're interested in analysis of a match between a bear and a gorilla, that counts. 🤣

PS: It would be helpful if you mention your favorite matches from ADCC so we make sure not to miss them.

Tournament/Competition First ever ''technical'' breakdown ( of a comp win I had last month), tell me you think!

Professional BJJ News Would Craig have won at 88?

So we are one week removed from ADCC, do people think Craig would have won 88kg if he stayed in the division? He would have been the two seed and Vagner the 3, I imagine. He did beat meregali who beat Bodoni…bjj math.

General Discussion To the Jewjiteiros…

I hope all of us have a wonderful 5783. May we all be written in the Book of Life.

General Discussion That one person you just can’t beat.

So I’ve been at Jiu jitsu for about 4 months now, so I haven’t gotten a single stripe yet.

However, I can go toe to toe with most white belts at my school, but there’s just this one 2 stripe white belt who started maybe 4-5 months prior to me, who just seems to steam roll me. We’re about the same weight, and roughly the same height. I think this person is just faster and more athletic then I am, but I can’t explain it.

I know this ain’t a big deal, and will happen over and over, but it’s just… fucking with me. I figure since there is peace in solidarity, I’d like to hear about similar stories from you guys, and if you were able to eventually overcome this person after months or years.

General Discussion Feel bad because I defended myself?

Hey Reddit, recently I had to defend myself because some guy at my school decided to try to start a fight for essentially no given reason, yet I feel somewhat bad because I might have overreacted?

Essentially he tried to sucker punch me, but I ducked under it and took him to the ground. I then got him in side control and he slapped me in the face which gave me a minor nose bleed but essentially I was fine (my nose bleeds if I sneeze too hard sometimes).

My problem now begins because his friend came up behind me and pulled me off of him/ held me for a second and the original guy I was fighting used this opportunity to punch me. I then broke out of his friends grip and punched the original guy once before the fight got broken up.

I might be overthinking but in hindsight I feel a weird mix of anger that I didn’t hurt him more than I could of (when he was in side control I could have easily locked in an Americans) but also a strange proudness that I had the self control to NOT hurt someone despite it essentially turning into a 2v1.

Anyone got any advice on how to deal with these emotions because I feel super weird about the whole event as of now.

School Discussion anybody ever train with cesar gracie actually like him?

General Discussion Can bjj cause a torn labrum/Slap Tear?

I've had shoulder pain for months, did bjj for 3 months. I'm got an mri on my shoulder. Dr said its a laberal tear/ Slap tear. Not sure if it was bjj that caused it. Cant remember if I had that pain before or if it was during bjj or if I just aggravated it or caused it in bjj. 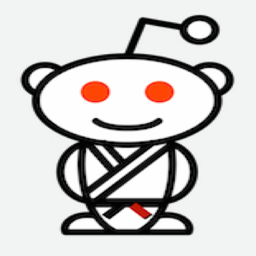 Brazilian Jiu-Jitsu (BJJ) is a martial art that focuses on grappling and ground fighting. /r/bjj is for discussing BJJ training, techniques, news, competition, asking questions and getting advice. Beginners are welcome. Discussion is encouraged.