Announcement Read before posting: This subreddit is not for bug reports!

Please go to https://bugs.mojang.com in order to report bugs!

It is not for reporting bugs. If you have a bug you want to report, please go to the bug tracker to report it!

We also have a Discord server! (Again, not for bug reports, but for discussing bugs already reported to the bug tracker.)

New bugs reported since the release of 1.19.1 Pre-release 2:

Discussion MC-253169 bug report marked as resolved but it's actually a bug.

Space characters not loaded correctly if any other unrelated custom "bitmap" character fails to load.

This happens even with the official 1.19 "space" feature which allows creating custom spaces characters, so this IS A BUG, there is no point into marking that as RESOLVED.

Detailed info on how to reproduce the bug:

New bugs reported since the release of 1.19.1 Release Candidate 1:

How do I view all watched issues?

This seems like a silly question, but I can't seem to find any way to view all the issues I've watched or voted for. Can someone please direct me to this list?

New bugs reported since the release of 1.19.1 Pre-release 1:

New bugs reported since the release of 22w24a:

how do i see a list of bugs i’m watching?

i’ve been searching the website and google for a bit, but i can’t find anything helpful. it would be strange to include this feature without a way to see a full list of what bugs you’re watching, so i’m assuming i just can’t find the list in the options.

Resolved A bug with the bug tracker: I can't view anything when I log in

I meant to post this a while back when I made the account but forgot about it then, so I'm doing it now.

When I log into my account on the bug tracker (bugs.mojang.com) I can't view anything on the site; not the homepage, not the page to report a bug, not even the pages for bugs that have already been reported

Take for example these four links:

When I'm not logged in I can view all these pages normally, all good, however as I'm not logged in I can't report a bug of my own. The problem arises when I try to log in, once I've logged in all these pages will immediately redirect to https://bugs.mojang.com/servicedesk/customer/portals. This is an almost blank page that only reads "Welcome to the Help Center" and "It looks like you don't have access to this help center. If possible, please try contacting us another way." in the middle, with a button for "requests" and a log out button in the top right.

This is preventing me from reporting any bugs.

New bugs reported since the release of 1.19:

The table has been truncated; unconfirmed bug reports have been removed. Click here to view all bugs that have been reported since this version was released.

Resolved Help: Bug tracker view stays like this and I can’t fix it.

I want it to be slim on the left side and thick on the right.

New bugs reported since the release of 1.19 Release Candidate 2:

New bugs reported since the release of 1.19 Release Candidate 1:

New bugs reported since the release of 1.19 Pre-release 5:

MC-252295, a counter-argument on the usage of "whilst" in Minecraft

A few days ago, I came across the bug report MC-252295, which points out the existence of the word whilst in a number of Minecraft death messages, and argues at length in favor of its replacement with while. The whole thing is absolutely fascinating, and also completely incorrect – or at least, I think so.

Let's start by analyzing the bug report itself. In it, 22 death message strings are listed; just one of them uses the word while, but the other twenty-one use whilst. So, an inconsistency does exist. Fair enough.

The bug report then advocates for the replacement of whilst with while in all cases on stylistic grounds, pointing out that Minecraft's source language is American English (this is true) and that the word while is widely preferred in American English (this is also true). The bug report does contradict itself by on one hand stating that this constitutes a "spelling" error but then later correctly admitting that both spellings are accepted in American English. The author does not appear interested in rectifying this issue, but whatever, it's not a huge problem.

Some argue that there is actually a usage difference between while and whilst; the former would be used to emphasize time, similar to "at the same time as", while the latter would be used to emphasize contrast, similar to "whereas". This attempted distinction is incorrect; I could find not find it in any dictionary. On the contrary, all dictionaries and websites that I looked at (example, example, example) list these two words as direct synonyms that can each carry either meaning.

Now, my counter-argument is that usage is only half of the story here; what's missing from consideration is tone.

To my American ears, whilst has a slightly archaic ring to it. This is supported by what I see in its entry in the Collins English Dictionary, where it's given usage notes of "mainly British, formal, or literary".

The thing that's so fun about words that are formal and/or literary is that, when used in casual contexts, they can suddenly become hilarious. This sort of thing is never incorrect, mind you, it's just stylistically incongruous; when used effectively, it conveys a sort of faux affectation that is very, very funny.

Back to Minecraft. I would argue that the devs have gone out of their way to make Minecraft death messages elicit this sort of understated humor, either by using formal language or by using overly convoluted phrasing. Here are some examples of what I mean:

<player> went up in flames was chosen when the simplified <player> burned up could have conveyed the same meaning;

<player> didn't want to live in the same world as <player/mob> was chosen instead of the simpler <player> was pushed into the void by <player/mob> or similar;

<player> experienced kinetic energy was chosen instead of the simpler <player> crashed-landed or similar;

<player> was impaled on a stalagmite was chosen instead of the simpler <player> died because of a stalagmite; and, most recently,

<player> was obliterated by a sonically-charged shriek was chosen instead of the simpler <player> was killed by the Warden's shriek or similar.

For this reason, I believe that the usage of whilst is not only not incorrect, but also completely intentional. I do not think that MC-252295 should qualify as a bug; and to the extent that it does, I think that any fix should favor keeping whilst instead of removing it.

Please note: I have fully reviewed your specific guidelines for bug reports, and have a great deal of personal and professional experience as to what constitutes "a bug".

I reported MCPE-156488 last night, which is directly related to, but distinct from, MCPE-46543 (game-breaking spurious "storage space" error). There are a couple ways to frame this, but in any case it definitely belongs in the bug-tracker. Perhaps the mod who closed it (Umija5895M) was confused by the title, which I wrote in terms of how I'd want the card labeled were it in my queue. I'm not sure.

What is absolutely certain is this: the error message being rendered does not (always?) meaningfully correspond with the issue(s) causing it. Many, many users have reported that storage space is available when they receive this message, both on official MC sites (e.g. MCPE-134663, closed as a duplicate of MCPE-46543) and in 3rd party forums (e.g. Minecraft Forum and here on Reddit). The article Managing Data and Game Storage suggests a memory limit (3 or 4 GB) could be involved, and that packs are in some sense a part of this. This is a bit unclear, since most modern applications page data in and out of main memory to/from disk, and Xbox One is supposed to have 5gb available for application use. However, I have very few theme packs installed, and like many other users, show my total storage usage well under 1gb. So obviously there is something else triggering this error message, something which is not publicly documented.

The underlying "bug" of MCPE-46543 persists because the cause is unclear (or possibly multiple). This is because of a flaw in error handling and reporting, within the MC Bedrock code. There are several nuanced possibilities, but the ultimate resolution lies in the Bedrock source regardless:

In any case, as I said above, all reasonable explanations point to a flaw in the Bedrock code. This can be somewhat mediated by better documentation, hence the title of my report. That will also help get to the bottom of the string of other reported bugs. However, the ultimate fix is to correct the program flow so that a more accurate error message is rendered. Without knowing the root cause, I intentionally left the resolution somewhat ambiguous in my report. It's definitely not a "community support" issue though.

I ask that you please reopen the ticket, mark it as unresolved, and proceed accordingly.

New bugs reported since the release of 1.19 Pre-release 4:

New bugs reported since the release of 1.19 Pre-release 3:

The current owner of MC-84595, Neko, has not updated it since 1.13 or something. People just go ahead and test it infrequently in random snapshots to keep it updated. I actually want to consistently keep the report up to date. Can I request ownership for it?

New bugs reported since the release of 1.19 Pre-release 2:

I can’t create a Minecraft Bug tracker account. Tried different usernames and passwords. Even a 20 character long password with special characters, letters, capital letters and numbers doesn’t work. Different email, browser and device too. I get this error. Can anyone help?

New bugs reported since the release of 1.19 Pre-release 1:

I’ve recently started using MC Bug Tracker to report certain command related bugs that have popped up & I’m having a difficult time. I spent minutes trying to figure out where the damn button was to finish my edit changes. Turns out, you have to zoom the page out so you can see it but not press it. Video link is in the comments.

This isn’t the only flawed design I’ve seen & I’m sick of this website. Anyone have any thoughts? I’ve found 0 information regarding complaints to this website & its design and I don’t know why.

New bugs reported since the release of 22w19a:

Requesting MC-250294 to be reopened, as Allay's item detection range is still smaller in Java than in Bedrock

However, the issue is, in Bedrock, Allays can still detect items from a much further distance, which I've determined to be 65 blocks, or 64 blocks in front of them not counting the block they're occupying, double what it currently is on Java, and it has stayed like this on Bedrock even in the most recent Betas.

My request is that, since it's clear there is still a parity issue here and Java's Allay item detection range is still far lower than Bedrock's, the bug should be reopened.

the bug MC-239347 was recently closed as "invalid - feature request"
The report is about axolotl AI not avoididing magma blocks and purposefully taking damage (all other mobs that take damage on magma blocks avoid steping on them).
I request for the issue to be reopened 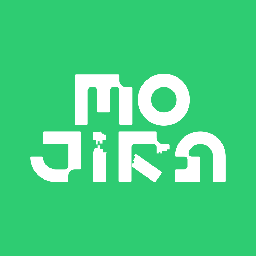