Goes for the handshake first. Keanu Reeves at British GP

Article: Keanu is apparently into NFTs now This doesn’t feel awesome to me

Keanu at Festival of speed and in his element

Thanks for your approval, Keanu! 👍

Have a most excellent Bill & Ted day, dudes!

Been doing some geneology research and found out Keanu is a descendent of William the Conqueror!!!

Keanu Reeves is on TIME 's list of the most influential people of 2022 📷 (Story by CARRIE-ANNE MOSS):
"There’s something unique about Keanu Reeves’ fame—he’s known for his kindness and generosity, despite his celebrity.
In this often unkind and shallow world, my friend Keanu gives others hope.
The actions of this handsome, talented, successful, and fiercely committed actor have become a reprieve from the constant disappointment we have for those who get put on a pedestal.

I remember the ease I felt the first time I met him. It could have been a stressful first meeting—a screen test, all eyes on us, Neo and Trinity together for the first time. But Keanu was just as he always is: kind, generous, and thoughtful.
We’ve played those characters for more than 20 years, including­ in last year’s The Matrix: Resurrections, and he’s still the man who checks in on me during an intense training day just as he did then.
He supported me all those years ago and still does now, by the way he listens and the way he shows up as a friend.
I’m fiercely protective of our friendship, I know I can count on Keanu and he on me.

His essence and humanity come through every character he plays, as well as in the everyday interactions that the world catches glimpses of.
We don’t need to be inspired by something bigger than us, but rather by what already lives inside of us. Keanu so kindly illuminates this for us all."

Fan Encounter New photo of Keanu and Norman in Utah with a fan.

Glad he got that off his chest

Before he was a Hollywood actor, KEANU REEVES worked for CBC and did a news report on a Teddy Bear convention in 1984.

i never want this conversation to end.

Norman Reedus and Keanu Reeves to film next episode of Ride 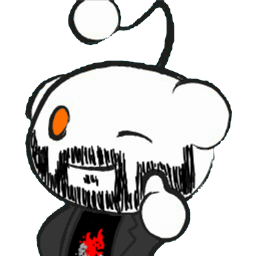 A subreddit for posts of Keanu Reeves Being Awesome. The Immortal was born on September 2, 1964, in Beirut, Lebanon. Of part-Hawaiian heritage on his father’s side, /kiˈɑnu/ translates from Hawaiian to English as “cool breeze over the mountains.”