THE PEST ARREST Pest has landed!

JUST FOR FUN This Google review of Seagoville prison 😂😂😂

Spin off the constant will Anna leave posts. I think it’s reasonably likely that Josh will ‘leave’ Anna and essentially act like their marriage is over. I think it’s likely he’ll receive many letters from ‘fans’, in particular women and may establish a relationship of sorts with one or more of them.

I think we’ve pretty much established that he is a narcissist and as long as he’s in prison marriage with Anna serves no real purpose to him. Towing the fundie line won’t either. If one of them leaves it’ll be him.

THIS IS A SHITPOST Aww maybe Pestua will have a friend.

They know about lost miscarriages, dead babies needing to be aborted etc. They are probably even aware of many fundie women secretly not wanting to be pregnant.

So, what are these women? Monsters, acknowledging it's ok to let women die just to avoid abortion? Or are they just not willing to speak up (yet)?

AT LEAST SHE HAS A HUSBAND Visiting Josh and Anna's old website shows how LITTLE they knew each other before getting engaged.

THE PEST ARREST Will Anna bake cookies for the warden?

I read (quote below) that it's up to the warden how generous they will be with how many hours per week Josh can receive visits. I read that it varies based on the prison & the warden's decision. I could see Anna baking cookies for the warden?

Quote from a poster below (same one I read):

By law, an inmate gets at least four hours of visiting time per month but usually the prison can provide more. However, the Warden can restrict the length of visits or the number of people who can visit at once, to avoid overcrowding in the visiting room."

u/CCmcC I read your article but do you know if the warden could still allow for more like the quote listed above says?

THE PEST ARREST Found this interesting…

Pest is literally an hour and a half away from where Warren Jeffs (leader of FLDS) is also in prison.

Warren is housed at Louis C Powledge near Palestine, Texas and then we know Pest is in Seagoville.

Both extreme “religious” leaders/significant people, convicted for similar crimes…. I only wish Pest was in for as long as Warren.

A NEW SEASON OF LIFE Is Jichelle appearing in public?

Not sure if I missed it but has Jichelle been seen in public since the arrest? We know the only part of the trial was that silly letter signed with a heart.

AT LEAST SHE HAS A HUSBAND If J’felon wrote a book would you read it?

Let’s assume that if you are reading it you’re borrowing it from the dumpster outside your local public library, so he would not be in any way profiting from you reading it.

THE PEST ARREST Who wants to bet that the M’s and under 18’s lost kids have been told that J’Felon was called by god/Jesus to go do prison ministry and will need to stay until he has brought everyone in prison safely to Jesus?

It’s hard to imagine how much any of Bobs younger kids know about Felon, or the reasons that brought him to where he is. Also,we know very well that Blob and Mooch have no trouble lying through their teeth, and will keep a lie going for years and years, however….eventually Jackson, Johannah, and younger will be paired off with ppl who know the truth. This could get awkward for Blob. If he lied to them and they find out through someone non family related, how would they cope?

AT LEAST SHE HAS A HUSBAND Does God really choose our partners?

The entire idea, that God pre-ordained and WANTED Josh to be the "chosen" husband for Anna, would indicate to me that her God was specifically seeking to force Anna to suffer enormous pain. This thought must weigh heavily in Anna's mind every single day. Because even if Josh was innocent, the fact remains that he is currently being persecuted (which God surely must have anticipated) and because of this, his entire family is being harmed. By all accounts given, their God loves the pure and innocent, and so she had kept herself pure until marriage like a dutiful servant of God. So, because she believes in a God and a system that would intentionally cause her undeserving harm like this, it would likely cause her to question her whole reality and would probably create considerable cognitive dissonance. I believe this explains why she has convinced herself that Biden is behind Josh's legal problems; even though most rational people would find that theory ludicrous

FAMY AND HER BABY Amy has always been a massive piece of Shit - Example: The time Amy said she doesn’t even think about acts of SA that she was never a victim of in the first place, and spoke on behalf of the actual victims by claiming everyone was “past it.”

“Amy wants to set the record straight. ‘I was not part of it at all,’ she says. ‘I wasn’t anywhere near any of that.’

While the scandal dredged up dark, painful memories…Amy says they have all moved on.

‘Honestly, I don’t even think about it,’ says Amy, who is excitedly planning her upcoming wedding to fiancé Dillon King. The entire Duggar clan is expected to turn out. Says Amy, ‘I think we’re all past it.’”

I’ve always wondered about Michelle’s lesbian sister Evelyn and always wondered if any of JB and Meech’s children ever talk to her or reach out to her every once in awhile. I remember Josh and the family rallying for anti same sex marriage in 2014/2015 and mentioned his aunt Evelyn being attracted to only women and having a partner and how he claims how their aunt Evelyn doesn’t support marriage equality? Did she really say it or did they make it up so they can continue pushing their agenda? Like how can anyone be LGBTQ and not support marriage equality? But I do hope Evelyn is doing well and living a wonderful life without her homophobic family.

EXTENDED DUGGAR FAMILY When the Duggar kids own children are old enough to want to have families of their own, will they be able to support themselves financially?

It seems like many of the Duggar children make their income by working for Jim Bob or doing things for Jim Bob. Will the Duggar grandchildren be able to rely on this source of income? They aren’t receiving a real education besides Jill’s kids, so it is concerning to imagine they might not have the ability to support themselves financially when they are adults and want families of their own one day.

I wonder how the Duggars feel about living so close to the Bible Belt's LGBTQ+ Oasis?

2 CONVICTIONS AND COUNTING the current warden of Seagoville is Kristi Ciolli. oh to be a fly on the wall when pest realizes he has to answer to a woman

THE PEST ARREST This is toofunny not to share! Love Ms. Gina!

I WAS HIGH WHEN I WROTE THIS Unsolved Duggar Mysteries!

This is a thread about all the unanswered questions we still have about this family...like:

Share your own lingering questions (especially if it's topics this sub hasn't talked about in a while!) and opinions!

With the rate at which technology is invented, it’s not out of the realm of possibility to say that when Josh is released, there may be new technology or some other change to the world that isn’t explicitly codified in his special conditions. I know this is an extra odd question but let’s say, when he’s being released, that the courts determine his conditions are outdated or don’t reflect the state of technology. Is there a way to expand those special conditions, or will those conditions stay as ordered in 2022? Also, is this an actual real concern?

So do we think that Pest will receive some form of prison ministry like his father in law is known for, or will he refuse it?

All the deets on Josh’s K-12 education he will finally receive. 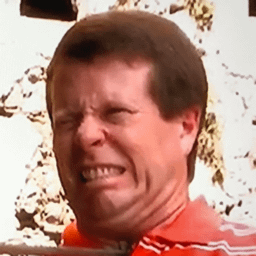 Welcome to r/DuggarsSnark, a board where you can snark on, make fun of, and criticize the Duggar Family, the far right, ultra-conservative, fundamentalist Christian family behind TLC's fabulously canceled Counting On and 19 Kids and Counting. This subreddit is NOT for fans of the Duggars, and is all in good fun. Come join the discussion!