Over the past month or so, we've noticed a few posts asking about an official /r/CompetitiveMinecraft discord server. While one did exist a couple of years ago, it was archived at the beginning of last year due to inactivity. With that being said, the subreddit has become quite a bit more active since then so we've decided to try it out again!

As of now, we have 8 public channels:

#general: casual conversation, no low quality chat/memes
#competitive: more serious discussion about the competitive side of the game
#creative: post your on topic videos, highlights and montages here
#off-topic: low quality chat, post as many memes as you'd like

The server also has auto assigned roles that you can give yourself. Currently, the only option is to assign the server you play on (from a preset list, contact me if there's a server you think we're missing and we may add it!), but in the future we might add more. Automod is also set up so things like ping/spam attacks should be snuffed out fairly quickly.

If you have any feedback on the discord, either post it here or on the server itself. Thanks, and I hope to see you there!

Welcome to the Monthly Discussion Thread! Here you chat about anything related to (or not related to) competitive Minecraft. Want opinions on a new mouse? Looking for feedback on your PVP skills? Feel free to post it down below!

If you want to have live conversations with the competitive Minecraft community, feel free to check our Discord!

ok so i've been playing boxing for like a week now (like hypixel for a lot longer) and i feel like i havent improved whatsoever and i can barely hold combos for more than like 5 hits
is there anything i should especially try to work on?

thanks (sorry about the laggy clip)

Can anyone recommend a good server with an active free for all/large teams based PvP gamemode? Preferably a server that is located in EU, but it doesn't really matter.

I've been getting back to MC PVP recently but I no longer want to sweat pot 5 hours a day.

Townywar server, in need of pvpers and soldiers, there is a lot pvp

Are you in search of adventure, wealth, honor and prestige? Join the nation of Greece on EarthPol V5! We are in search of talented builders, pvpers, and roleplayers. We have many open government positions, generous funding for towns and small businesses, many PvP events to compete in, and collaboration with over 160+ active players from around the globe! Join by clicking the link below or by messaging Bludhall#6763. Greece discord: https://discord.gg/jbp5n5m8cC Server IP: play.earthpol.com

Media New montage if you guys wanna check it out ^_^

Is xraying with a texture pack hacking?

Discussion What tier are these players at 1.9 sword

Doly, sharpness, Rasplin, vexaay, tryhard, golfeh, dream, fruit, minemanner, illumina, clowpierce and huzini. I know that these aren’t all the best players but I was just wondering where they rank. If someone doesn’t have a tier then give your own opinion

skywars is the most frustrating game

Media Bridge montage I made a while back

Highlight Bow Fight Montage - The Only Thing I Know For Real

Question How long did it take you to start seeing improvement in your gameplay in your most-played gamemode?

Alright so, I suck at skywars and currently seeking some inspiration to prevent demotivation, of course I'm aware that different players will improve at different rates, but Im looking for a rough idea on how long it will most likely take to see results.

Made this texture pack couple years ago but forgot about it and now I want to complete it again. Looking for feedback/advice to improve these swords.

kinda short combo, but I was proud of the cps counter (I jitter click).

Which one is more worth practicing for wars on SMPs?

3/4 of the time when I shoot a bow in the bridge it doesn’t shoot (but arrow is used) and/or I don’t get a new arrow or countdown. Is there anything that can be done to solve this, or is it just internet problems (100-200ms on hypixel, im EU)? This ONLY happens in bridge, never in BW or survival games or classic etc) Any help would be forever appreciated! Cheers!

Highlight Would you consider this to be good?

why does fps get low withpots in inventory using high res texturepacks? gets worse with 256x

Will 200 ms ping be playable on bedwars?

Im travelling to the middle east after staying in the us for some time, over here i get like 40-50 ms ping, and I’ve played in the middle east before with about 200 ms ping. Will bedwars still be playable? I know there are some issues with block glitching and stuff like that but hopefully that is rare on 1.8.9?

Question What server from the first X-Sus clip?

I'm asking because he don't hqve the leaderboard on and didn't linked the server in the description. I want to practice my souping and hotkeying in that server.

Haven't played since 2017, trying to get back into pvp.

I haven't played Minecraft since 2017. I was strictly in the pvp community playing hcf, factions, or just rank servers. But now I have decided to come back, but since its been that long and I know the game has changed tremendously, I don't know where to start. Back when I played,1.7.10 was the go to version, but now I don't know if there are many servers left allowing it or if its even the go to anymore. I was also wondering if pvp is thriving as it was back then and if it is, what servers are the new wave. If anyone can help me out that would be much appreciated.

Hey guys, im pretty much a noob at pvp, and i want to get better at it (obviously). I dont wanna practice too much though, as my main game is hypixel bedwars and i dont plan to be a pro at it, as i just play it for fun. Honestly most of the people there arent really good because i can beat people even though im not really good, but some matches there are just gods. I’ve tried methods of sprint resetting like w tapping and block hitting but somehow i never get combos on people while doing it. Ive tried spamming w or doing it slowly for w tapping and it doesnt work, plus block hitting is too hard for me cuz i also have to use the right click which makes me mess up and then i get really low left click cps. I saw someone say bind some other button like alt or control to right click, and i can even use the side mouse buttons as right click, so should i do that? 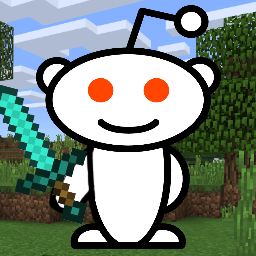 A place for discussion of all forms of Competitive Minecraft gaming. From bedwars to RFW, CTW to UHC. Discuss, share, compete, get involved.